Are anime scores something you care about ?

Whether it be the score of weighted scores, or the scores of another user, or even your own scores.

When I think about it, since different people use a different system of ratings, scores become somewhat weird to use as a base to “should I watch this or not”.

Seeing average scores before watching something might make people biased or judge a show without even seeing it yet so I think they aren’t to be taken so seriously.

So anime scores for me feel pointless since very different ideas are being merged to present a majority idea instead of an absolute idea.

Some people care about their own scores because then they can see how their watching/reading habits evolve and others get more value out of people actually discussing what someone thought about a series(its strong and weak points).

I feel that most people rate based on enjoyment. Ultimately, the average score doesn’t really matter if you like something, but it is a good guide of what you can expect.

There is no perfect show that everybody likes. Every person have their own personalities, ideas, perspectives, experiences, and opinions. So a score defines a individual’s different opinion in that particular anime and helps us understand that particular user’s interests.

The rating of an anime is up to you on whether you want to rate it a 1/10 or 10/10. I don’t really care about the rating. Rather than judging the anime by other’s rating and reviews, It’s much easier to watch the anime and decide for yourself.

Check out my ratings in my anilist https://anilist.co/user/Eggsandwich04/.

Well I suck at a lot of things but that doesn't mean I'm a good man. My blog-https://theksblogs.wordpress.com/ 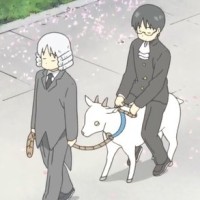 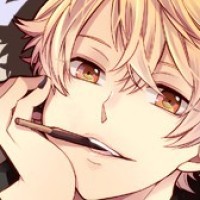 Fan Of A Certain Age

A bubble of crappy anime reviews and the likes

Sarcastic girly nerd that talks about anything Anime, Manga, Game related that is of interest.

Collection of my strange thoughts. You're welcome fellow weeb!

The Last Tagline Was A Sexual Innuendo

Welcome! This is a commonplace for all my life interests.

A site where you can read the works of online writers.

Manga reviews, guides to buying stuff from Japan and more.

If You Think You Can, You Can.

Words about Stuff on Screens